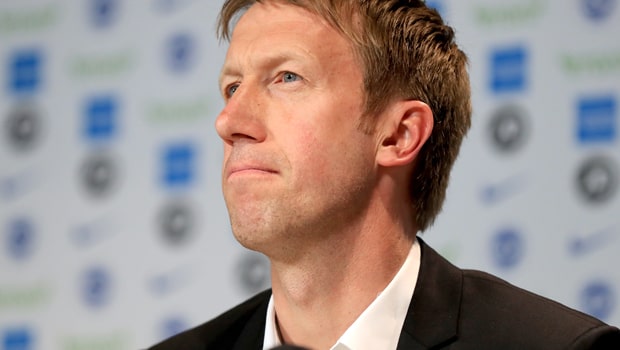 New Brighton boss Graham Potter says he is already looking forward to working with the players and planning for next season.

The Seagulls made a move for the former Swansea boss after Chris Hughton left the Amex Stadium at the end of the season.

Potter signed a four-year deal and said that, although the summer transfer window will soon open, he is concentrating on working with the players at his disposal and improving them.

He told the club’s official website: “Any football club will look to use the window to try to improve, and that’s a normal process, but my focus has always been on trying to help the players who are already here to get better. There are some good players here and a lot of good work has already been done.

“It’s the old cliché: it’s a clean slate. I’m looking forward to meeting everybody, getting to understand what they’re about and what qualities they bring to the group on and off the pitch. But clearly during every transfer window you want to try to help the team to get better.”

Hughton, widely praised for his time in charge of Brighton, led the club to the semi-finals of the FA Cup last season, losing narrowly to Manchester City, but their form in the second half of the Premier League season prompted the club to make the change.

Having been comfortably in mid-table at the turn of the year, their form plummeted and they ended the season on a nine-match winless run, losing six of those which left them 17th in the final table, just two points ahead of relegated Cardiff.

Defending champions Manchester City are at 1.70 to make it three Premier League titles in a row next season with Liverpool 3.75 and Tottenham 15.00.