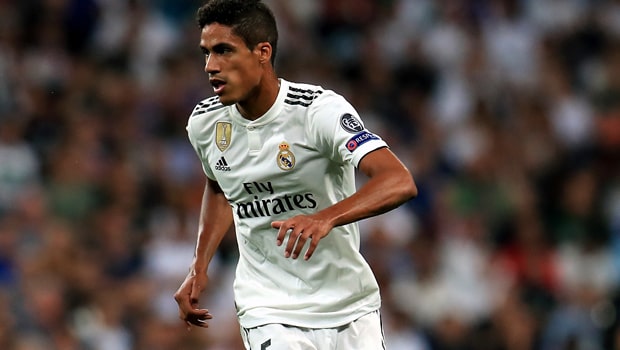 Raphael Varane says he will stay with Real Madrid next season as the club look to recover after a disappointing 2018-19.

The France World Cup winner has been with the Spanish giants since 2011 and made 276 appearances for the club.

In what seems destined to be a busy summer at the Bernabeu, Varane had been linked with a move away, with Manchester United said to be among those interested in signing the defender.

However, Real boss Zinedine Zidane said Varane was in his plans for next season and now the player himself seems to have ended speculation on his future.

He told Marca: “I am going to remain [at Real Madrid] next season as I’m sure that we’re going to respond in a strong manner.

“[This season] we fought and tried hard, but we can’t blame anything as it’s true that we missed that spark in difficult moments, and I haven’t been at my best level but we are going to see the best Varane again.

“We have to evolve and Zidane knows that. We have to re-build and change things as we look to restart a new cycle.”

In addition, after three successive Champions League wins, they exited this season’s competition at the last-16 stage, being comprehensively beaten over two legs by Ajax.

This weekend sees the final of the Copa del Rey take place between Barcelona and Valencia. Barca are 1.57 to make it a league and cup double with Valencia priced at 5.25.

The following weekend is the Champions League final, with no Spanish involvement this year, as an all-English affair sees Liverpool 1.95 to lift the trophy with Tottenham 3.80.