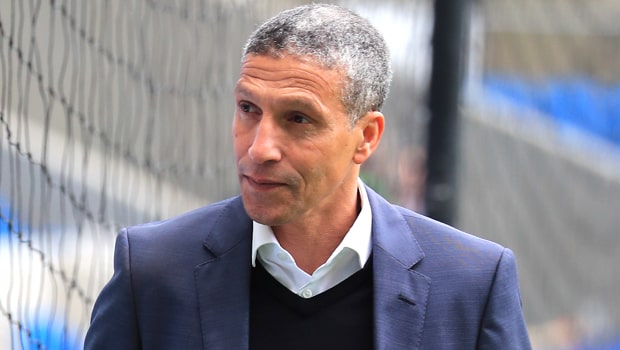 Chris Hughton says Brighton’s league form is a source of frustration within his squad, but that won’t stop them seeking an FA Cup win over Derby County at the Amex on Saturday.

The Seagulls have fallen to 14th after failing to record a victory in six top-flight games since the turn of the year.

A slender win over Everton on December 29 is their only league win from 11 attempts and they are now within three points of the relegation zone.

In the FA Cup, they ousted Premier League rivals Bournemouth in round three before coming through a replay against Championship side West Brom in the next stage.

Survival in the top flight is clearly the top priority, but Hughton suggests a cup run isn’t something he is against.

“We’ve reached this stage of the FA Cup by some hard work,” the manager told reporters.

“We hope we can continue that, the teams that we’ve put out in the last rounds justifies our intentions of wanting to go through. Some of the bigger sides have gone out, but for us it’s always about taking it one round at a time.

“We’re the favourites this weekend and we understand that. We’d always rather be playing at home against a side outside the top flight – but Derby are in really good form at the moment.”

Brighton are 1.83 to overcome Derby. The Rams have already caused a few cup upsets this season under manager Frank Lampard and can be backed at 4.50 to win while the draw is 3.60.

For Hughton and Brighton, turning around their league slump is also a matter of real concern. “The players are feeling frustration – that’s obvious,” he said.

“In such a short period of time the dynamics of the league have changed. “We never felt comfortable but that was the perception. I still feel confidence in the camp.

“In our last two home matches the opposition goalkeeper has won Man of the Match. That can happen.”
Brighton are 9.00 to be relegated this season, despite their recent woes.