Jurgen Klopp vows ‘to find other solutions’ for Bayern test 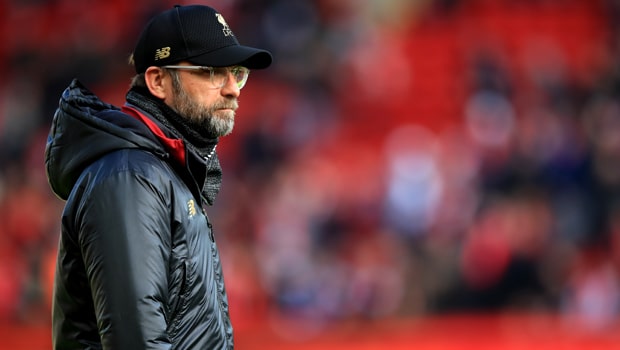 Jurgen Klopp admits he’s likely to be without both Virgil van Dijk and Dejan Lovren for the Champions League visit of Bayern Munich on Tuesday.

The Bundesliga champions come to Merseyside for the last-16 first leg knowing the Reds won’t be able to call on the world’s most expensive defender, as van Dijk is suspended.

Lovren is still recovering from a hamstring injury sustained against Wolves last month and the Croatia international was not part of the travelling party as Liverpool went to Marbella for some warm-weather training this week.

He will be back in at Melwood on Saturday to test his fitness but, according to Klopp, plans for the Bayern game don’t include Lovren at this stage.

“He is not here for good reasons, because he cannot be part of training. Dejan is back at Melwood [on Saturday] and we will see,” said the Reds boss.

“But, of course, we have to prepare it differently. If Dejan gives a sign on Monday – ‘I feel brilliant’ – then we’d have to think anew.

“But in the moment we prepare the game and in this preparation Dejan is not involved. We have to find other solutions.”

In better news for his side, Klopp has confirmed Georginio Wijnaldum is in contention to face Bayern at Anfield after the Netherlands international overcame illness to play in the 3-0 win over Bournemouth last weekend.

“Gini didn’t train yet, that’s of course not cool after a very intense game for him,” said Klopp.

“So he had a little dip, but will start [Thursday] so that’s good.”

Liverpool are 1.95 to win the first leg against Bayern on Tuesday. The German champions are 3.60 while the draw is priced at 3.74.