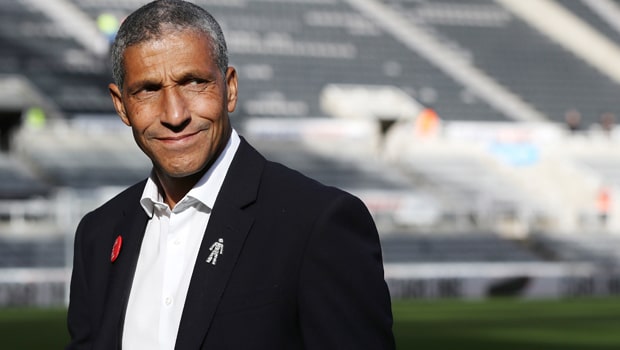 Chris Hughton believes his Brighton side have improved this season as they go in search of a fourth successive Premier League victory when they take on Everton at Goodison Park on Saturday.

The Seagulls comfortably survived during their first campaign back in the top flight last season, finishing 15th in the table, a full seven points clear of the relegation zone.

However, the signs are that Brighton can enjoy an even more successful season this time around, as they currently sit 11th in the standings and they have won their last three matches in the division against West Ham, Newcastle and Wolves by a 1-0 scoreline.

Hughton believes the nature of those gritty results shows Brighton have improved this season, as he knows how difficult it is to put a winning run together in the top flight.

“To get three wins on the spin is unusual, it’s hard enough getting them back to back,” Hughton told reporters. “The 1-0 scorelines show that we do have a resilience in the team and squad.

“The wins are something we couldn’t do last season, it’s a sign we’re making progress but we’re conscious of how hard this division is.”

The former Norwich boss is refusing to get too carried away, however, as he knows Brighton could easily slip into a losing run if they do not maintain their current high standards.

He added: “I know you can lose three on the spin as quick as you can win them.”

The Seagulls are priced at 5.50 to make it four wins on the spin when they take on Everton on Saturday, while the Toffees are available at 1.62 and the draw is on offer at 3.80.