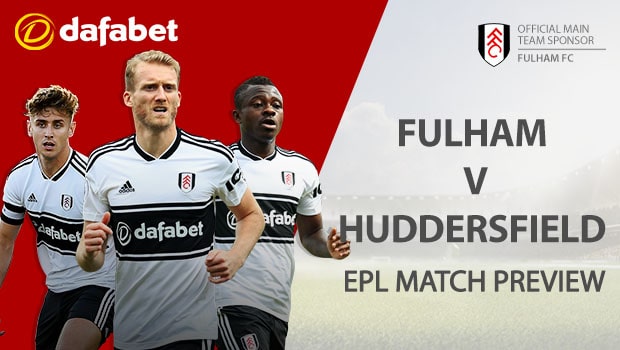 Fulham have their backs against the wall after losing four straight Premier League matches. They’re sitting in the No. 18 spot in the rankings as they go into Monday’s matchup with Huddersfield Town, who remain at the bottom of the table.

Betting on the Draw: Odds — at 3.36 — indicate there’s a 29.7 percent chance the match ends in a draw. There’s a draw in 31 percent of AccuScore sims, suggesting some added value on the draw — but not much.

Most Recent Matchup: These two sides last met in April of 2017 in Championship league action when Fulham won 4-1; all five goals were scored in the first half.

Head-to-Head: Fulham are 4-2-0 in their last six overall vs Huddersfield, with a 16-4 goal advantage in that span.

Recent Streak: In Fulham’s last four Premier League matches — all of which have been losses — they have given up 15 goals.

Lone Win: The only win either team has gotten this season was Fulham’s 4-2 result over Burnley on Aug. 26.

We’re always interested when AccuScore sim data and oddsmakers differ on who is the ‘favorite.’

Odds — at 3.27 — indicate there’s a 30.5 percent chance Fulham win this game. They’re technically slight underdogs in most offshore books. They win close to 37 percent of AccuScore sims, suggesting some added side value on the pick. AccuScore sim data would have listed Fulham as slight favorites.