Sean Dyche taking nothing for granted with Burnley 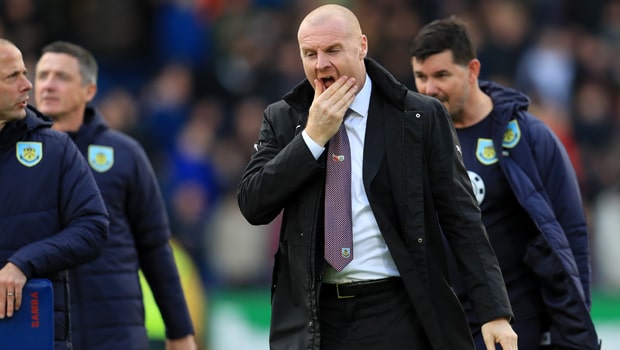 Sean Dyche believes every match in the Premier League is tough and Burnley cannot take anything for granted over the coming weeks.

The Clarets finished seventh in the top flight last term, but they have struggled to replicate those high standards this time around, as they currently sit 15th in the table, just three points above the relegation zone.

Indeed, Burnley have won just two of their 10 league games to date and they have suffered back-to-back heavy defeats against Manchester City and Chelsea over recent weeks.

Next up for Dyche’s side is an away clash with West Ham on Saturday and that will kickstart a winnable run for the Clarets, as they will face Leicester, Newcastle and Crystal Palace following their trip to the London Stadium.

Dyche insists there are no easy games in the Premier League and his sole focus is on picking up points to help Burnley move up the standings.

“What we have learnt is all periods of the Premier League are crucial. You just need points,” Dyche told reporters. “When you are in a category of a number of teams you just want points.

“Usually they come from the group of teams you have mentioned, some of which are in our next games. You can’t guarantee one period of a season.

“The whole season is important – every game. That is why I have always stood by that one game at a time mentality. There are absolutely no guarantees because every side is a good side in the Premier League.”

Burnley are priced at 4.75 to emerge from the London Stadium with all three points on Saturday, while West Ham are available at 1.80 and the draw is on offer at 3.60.