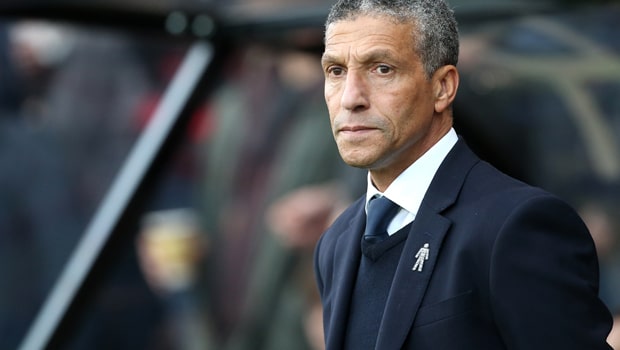 Brighton manager Chris Hughton says he is optimistic the club will turn around their form and survive in the Premier League this season.

The Seagulls ended 2018 with victory over Everton at the Amex Stadium. However, they have earned just two points since, losing five of their last six league games.

The run of form has seen them tumble down the league table and they approach the weekend just two points above the bottom three.

They have a key game at home to Huddersfield on Saturday and Hughton says that, while admitting to concern at the team’s position in the league, he insists performances have been better than results so far this year.

“But for where we are and the level of performance, a lot of the games have been close games.

“Even on the back of the Leicester game midweek (a 2-1 loss) where I thought the performance was good and another occasion I think we get something from the game. “So, with all of those factors always makes us optimistic, makes us not too down.”

The visitors on Saturday, the Terriers, look doomed to relegation back to the Championship at the end of the season but travel to the south coast boosted by their first win since November in midweek, beating Wolves 1-0.

Hughton used a press conference ahead of the Huddersfield game to confirm that Pascal Gross will miss out after suffering an injury in the midweek defeat to Leicester and he joins Leon Balogun on the sidelines.

Brighton are 8.00 to be relegated while Huddersfield are 1.18 to finish bottom.