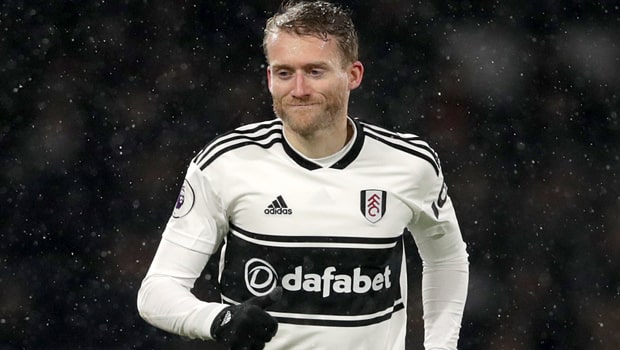 Andre Schurrle has revealed his two-year loan spell with Fulham will be brought to a premature end if they are relegated from the Premier League this season.

The German international joined the Cottagers on a temporary basis last summer from Borussia Dortmund and he has shown signs of quality, scoring six goals in 21 Premier League appearances to date.

However, Fulham’s campaign as a whole has never really got going and they currently sit 19th in the standings, a full seven points adrift of safety.

Schurrle has now confirmed that if Claudio Ranieri’s side are relegated then he will not see out the remaining year of his loan deal and will instead return to Dortmund.

“No,” Schurrle told Kicker, when asked if he would remain at Craven Cottage upon the event of relegation.

“My loan would end in if Fulham are relegated, and the contract at Dortmund would be active again.”

The 28-year-old is currently sidelined by a knock that saw him miss Saturday’s 2-0 loss at Crystal Palace, but he could return this weekend when the Cottagers play host to Manchester United.

Fulham did win their last home match against Brighton, but they are priced at 5.00 to secure all three points against an in-form United side, who are available at 1.67, while the draw is on offer at 4.00.

The Cottagers have failed to win any of their last 11 games against United, losing nine of those fixtures, with their last win coming when they claimed a 3-0 success back in 2009.