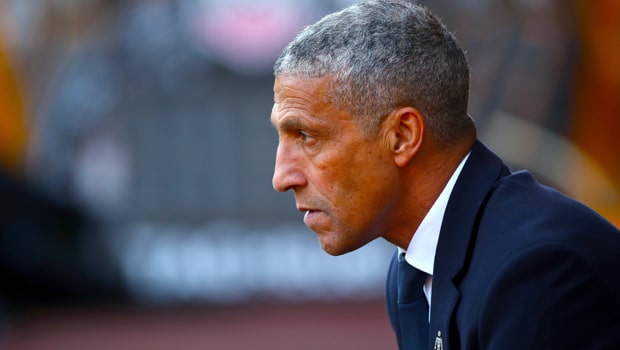 Brighton manager Chris Hughton says his players are going through a difficult time but that is to be expected in the Premier League.

Defeat at home to Cardiff in midweek leaves the Seagulls just two points clear of Neil Warnock’s side in the fight to escape the one final relegation place.

Successive wins over Huddersfield and Crystal Palace in March suggested that Brighton would survive in the top flight quite comfortably.

However, they have not picked up a point since, and four consecutive defeats leaves them in danger of a return to the Championship.

Hughton takes his team to Wolves on Saturday and he is looking for some points, especially with games against Tottenham, Arsenal and Manchester City still to come before the end of the season.

The Brighton boss told reporters: “I’m definitely viewing it as an opportunity because we have to in every game that we play.

“If you’re able to improve the performance then it gives you a better chance of getting some kind of result.

“We will never go into any of those big games feeling in any way that we can’t get something.”

Hughton expanded on the challenges facing his club and said, in only their second season back in the top flight, it would never be comfortable.

“The level of club that we are, we are not going to go through a season without difficult times and challenges,” he said.

“It’s the level of club that we are and expectations rise, but the reality is this is still only our second season [in the Premier League].”