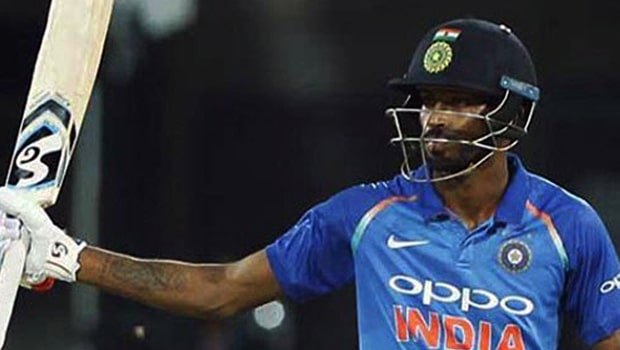 Krunal and Hardik Pandya were the stars of the show as the Mumbai Indians claimed a 40-run victory over the Delhi Capitals in the Indian Premier League on Thursday.

The Indians batted first at the Feroz Shah Kotla Ground, but their run-rate was not particularly fast as Suryakumar Yadav became the fourth man to fall with the score at 104-4 with just 4.5 overs left of their innings.

However, Yadav’s dismissal brought the Pandya brothers together at the crease and they amassed a quickfire partnership of 51 off just 18 balls to help Mumbai finish on 168-5 off their 20 overs.

Krunal finished unbeaten on 37 off 26 balls, while Hardik’s run-rate was even more impressive, as he reached 32 off just 15 deliveries, although he was eventually dismissed during the final over of the innings.

That score looked particularly impressive on what was a tricky wicket, with Krunal admitting they had exceeded expectations from when his brother joined him in the middle.

“I guess while batting it was a very tricky wicket,” Krunal said.

“When I went inside and when Hardik came in we were not aiming for 170, we thought 145 was a good total on this wicket. The way Hardik batted, it changed the momentum for us and we ended up with those extra runs.”

In response, Delhi could only reach 128-9 off their 20 overs and Krunal felt batting first ultimately gave Mumbai an advantage as they knew how the wicket was playing.

“While bowling we knew how the wicket would behave and our bowlers knew to how to bowl on it,” he added.

The win has lifted the Indians up to second in the IPL standings and they are priced at 3.50 to be crowned champions for the fourth time this year.