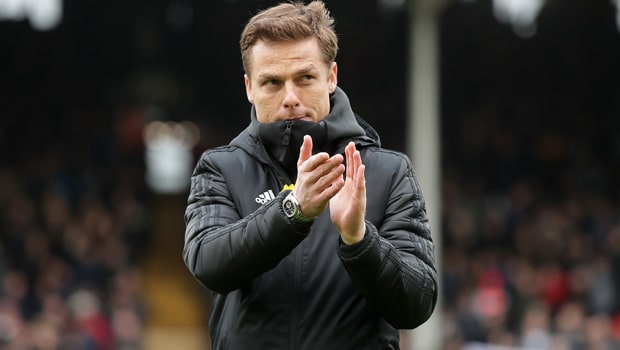 Scott Parker wants Fulham to use the final four games of this season to start preparing for life back in the Championship.

The Cottagers have endured a difficult season back in the Premier League and their relegation was confirmed earlier this month following a 4-1 loss at FA Cup finalists Watford.

Former England international Parker is the club’s third manager of the season after he took over on a temporary basis following the sacking of Claudio Ranieri in February and he got his first win during last weekend’s 2-0 triumph over Everton.

Parker is expected to be named the club’s permanent manager sooner rather than later and he wants Fulham to use their final four games of the season to get ahead of the game as they prepare for life back in the second tier next term.

“It’ll be beneficial for everyone to take this time to really focus, reassess and plan for next year,” Parker told reporters.

“It’s going to be a big year, in a difficult league. Now is an opportunity to get ahead of the game.”

Fulham’s penultimate away game of the season will be at the Vitality Stadium against Bournemouth on Saturday and Parker is full of respect for Eddie Howe’s side, although he admits his players will be going into the match with renewed confidence following last week’s win.

He added: “We’re playing against a very good team [Bournemouth], with a first class manager. It’ll be a tough task for us, but we go into it with massive confidence after a strong performance.”

The west Londoners are priced at 4.75 to make it back-to-back away wins in the Premier League for the first time this season, while Bournemouth, fresh from last weekend’s 5-0 thrashing of Brighton, are available at 1.70 and the draw is on offer at 4.20.