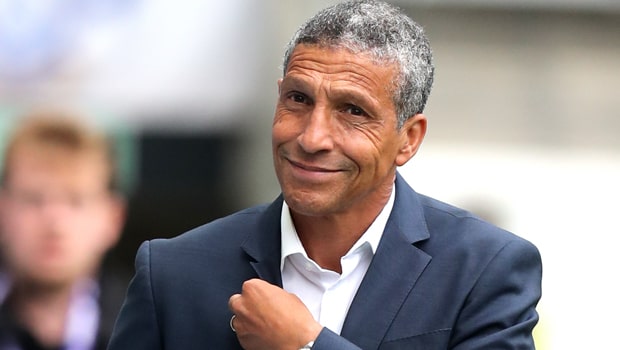 Brighton manager Chris Hughton admits his team have a free shot at Manchester City when they travel to the Etihad Stadium on Saturday.

The Seagulls are the huge outsiders for the Premier League clash, despite a spirited showing against Liverpool earlier this season.

Hughton’s men were unlucky to lose 1-0 to the Reds in August but they have still only won on one occasion during the current campaign.

Brighton have lost three of their last five games in all competitions, while City have won four of five.

Many are expecting a huge win for the league champions and Hughton insists his team can relax with no pressure on their shoulders.

He told reporters: “Along with playing Liverpool away, I would say that this is the toughest game.

We did okay in the Liverpool one and might’ve got a result there, so you always have to be positive going into games like this.

“No-one expects us to get anything from it, so that’s normal and that pressure is taken off, but we want to do as well as we can.

“Irrespective of the different levels between the two teams and their qualities, there isn’t ever any game we go into thinking that we’re going to get beaten.

You have to look at the good examples of our performances against the big teams away from home.”

Hughton will be without Dale Stephens and Pascal Gross, but Florin Andone is fit after overcoming a recent injury battle.