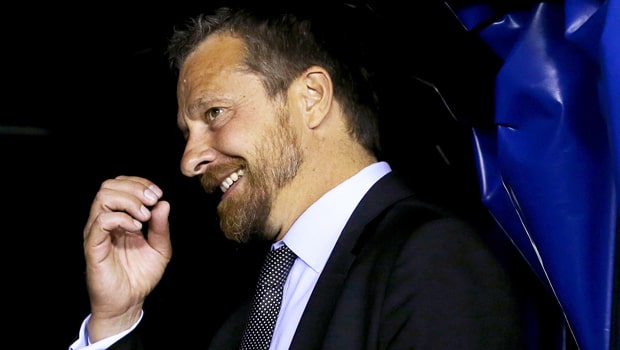 Fulham coach Slavisa Jokanovic insists he is happy with his team’s progress in defence and he is willing to wait before deciding his best back four.

The Cottagers have conceded 13 goals already this season despite playing just six matches in the Premier League.

Jokanovic’s men currently sit 15th in the table, with their only win coming against Burnley back at the end of August.

They have drawn their last two league games but Jokanovic has yet to have a fully-fit defence available.

Regular centre-back Tim Ream has yet to feature, while others have suffered injuries. Despite the struggles at the back, Jokanovic believes a patient approach is the ideal solution for his team.

He told Football London: “It’s not a question about one player, we cannot forget we start this season with Mawson and Ream injured, with Odoi suspended and with Bryan and Timothy Fosu-Mensah arriving on deadline day.

“Some of the question is which moment we will find our best back four, we are calm and try working with all the team in this moment.

Mawson is not working with us, this is part of this process and my problem is like other teams have.

“I believe everything is going in the right way and step by step we will find our best option for the team and for the back.

“If we are talking about Ream, he was player of the year and our best player last season, he’s important for us but we cannot complain and must accept everything that has happened during this part of the season.”

Fulham will take on Everton this weekend and a Cottagers win and over 2.5 goals is priced at 7.50.