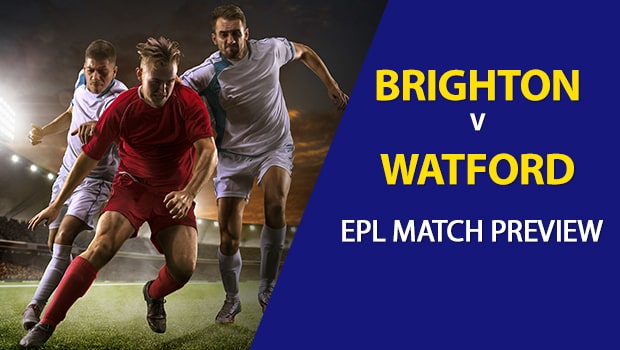 Draw: There’s a 30.7 percent chance the match ends in a draw. There’s a draw in 30.1 percent of AccuScore sims, suggesting no added side value on the draw.

Head to Head: These two sides last met in August of 2018 when Watford won, 2-0 behind goals from Roberto Pereyra. Watford had a 1-0 lead at halftime.

Leading the Way: Roberto Pereyra — on the season — averages 0.26 goals per match. He has 6 goals in 23 appearances, with five-of-six goals coming off his right foot. Of his 46 shots overall, 16 have been on target this season.

Brighton winning is a 3-star (out of four) AccuScore hot trend pick. They have a 36 percent chance to win this match, but they win over 48 percent of AccuScore sims — suggesting quite a bit of side value on the home side.