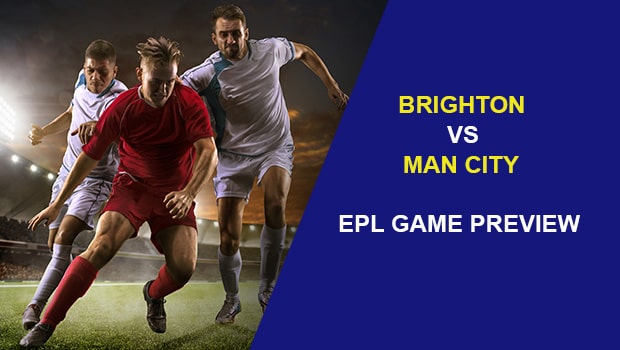 Momentum: Manchester City has been on an upward trend — with 0 losses in their last 5 Premier League games.

Head-to-Head: These two sides last matched up in Premier League action on May 18 and Brighton & Hove Albion won 3-2.

Three-star (out of four) AccuScore hot trend pick on the total in this one. Average score in simulations is Manchester City 2.36 to Brighton & Hove Albion 1.08.