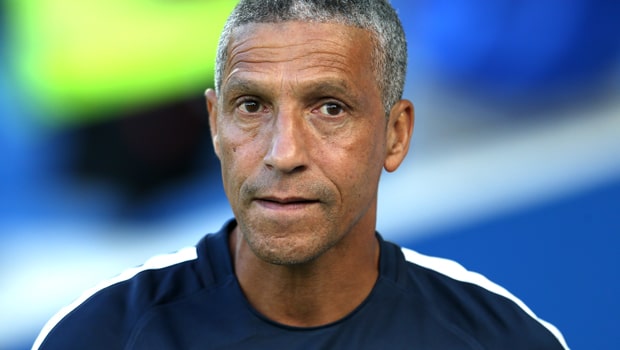 Brighton boss Chris Hughton has taken his name out of the race to succeed Martin O’Neill as Republic of Ireland manager.

O’Neill and assistant Roy Keane walked away from their roles on Wednesday after a dismal 2018 saw the Irish relegated from the UEFA Nations League B without winning a game, and registering just one win in eleven attempts.

Former Irish defender Hughton was one of the names linked to the vacancy but, ahead of a Premier League clash with Leicester on Saturday, he told a press conference his focus will stay at the Amex Stadium.

When asked if he was interested in the Republic of Ireland job, Hughton said: “No. What I am very interested in is the job that I am doing here.

“I have got a group of players that have worked very hard to get into this division and that is where all my thoughts and concentrations are.”

His former Ireland team-mate John Aldridge had earlier stated he believed Hughton to be the “ideal candidate” to succeed O’Neill, although he too was keen to suggest leaving Brighton could prove a big wrench.

“I don’t think Chris Hughton is going to leave the job he’s doing at the moment, and what a job he’s done at Brighton. He’s been absolutely fantastic,” he told RTE.

“For me he’d be the ideal candidate but that’s not going to happen.”

Former boss Mick McCarthy, who guided Ireland to their most recent World Cup finals appearance in 2002, is favourite to get the job and Aldridge says that, regardless of who comes in, the example of smaller nations doing well should inspire Ireland.

“Mick did a decent job when he was there,” he added.

“He’s since gained more experience, he’s been around for a lot longer. Can he come back and revive us? I don’t know.

“It’s a tough one for the FAI but whoever they look at getting, they’ve got to think long and hard.

“We have got some very good young players. If Iceland can do it, if Greece can do it, it’s not impossible to get us back on track.”