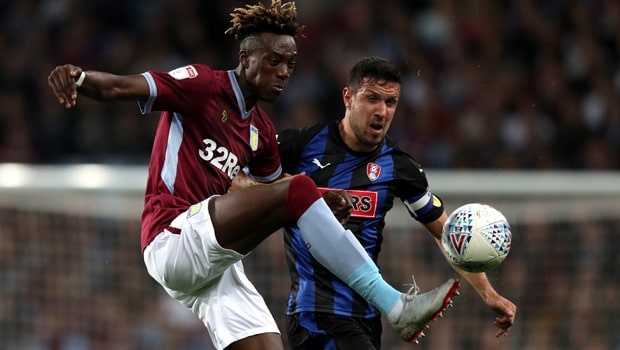 Aston Villa loan forward Tammy Abraham says he is enjoying life at Villa Park and the physical battle it brings.

The England striker opened his account for his new club on Tuesday during Villa’s 2-0 home win against Rotherham United to ease the pressure on boss Steve Bruce, who had come under scrutiny from certain sections of the support.

The West Midlands club are currently seventh in the table but there are big expectations to get them back to the Premier League after a three-year absence, particularly given how expensively assembled the squad is.

However, the win against Rotherham could set them up for a good spell as they are still only four points outside the top two.

Abraham could be key in that run and has now got off the mark for Villa after a spell at Bristol City two years ago in Championship, which saw him bag 26 goals in a fantastic season.

Sandwiched in between was an underwhelming stint at Swansea and now Abraham is back in the Championship where he is relishing being a marked man, given his history in the division.

“I enjoy that,” he said. “When defenders come out and they want a challenge, want to battle with me, fight with me, it gives me that drive.

“In the Championship it is never going to be an easy game, it is always going to be a fight. I think that will build me as a person as well, to get stronger.

“Defenders want to scrap because not everyone has the best technical ability. They use their strengths. I have to find a weakness in their game to use my strength.”