Joao Moutinho likens Wolves to City a decade ago 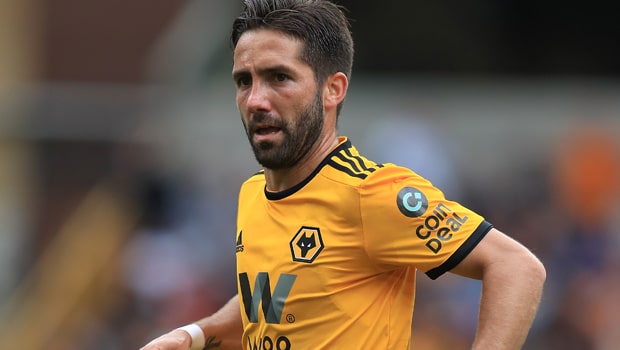 Wolves midfielder Joao Moutinho says the club are reminiscent of Manchester City 10 years ago in trying to establish themselves as a big hitter.

acked by the Chinese owned Fosun Group, and acquiring help from Portuguese “super agent” Jorge Mendes, Wolves walked away with the Championship last season and many are expecting them to continue that momentum in the Premier League this season rather than looking over their shoulders to a relegation battle.

They have had a fine start to their first Premier League campaign for six seasons and currently lie ninth in the division after Sunday’s 1-0 win over Burnley, in which they should have punished the Clarets by a bigger scoreline.

Moutinho is one of a number of big arrivals at Molineux this season after the vastly experienced Portugal international joined from Monaco for a fee of £5million.

They also snapped up keeper Rui Patricio on a free transfer from crisis-club Sporting Lisbon as well as breaking their transfer record to sign Adama Traore from Middlesbrough.

And 32-year-old Moutinho says he is seeing similarities between what Wolves are doing now and what Manchester City set out to do in 2008 when they were taken over by Shiekh Mansour.

The Euro 2016 winner told the Express and Star: “You never know (if we could replicate Manchester City). You never know the future.

“All the clubs want to be the best club in the world. Manchester City are one of those clubs. Maybe 10 years ago, they were like us.

“But we need to talk about the reality, the present. If you do a good present, you can be better the next year. “You need to focus 100 per cent on this year as it’s very important.

“After that, we see what is better. If we do good things, I think it’s easier for the club to spend more money on more very good players – and it’s easier for players to want to come here.”

Wolves are away to Manchester United on Saturday looking to continue their good form and they can already be backed at 1.25 to be the best of the promoted teams this season ahead of Fulham and Cardiff.