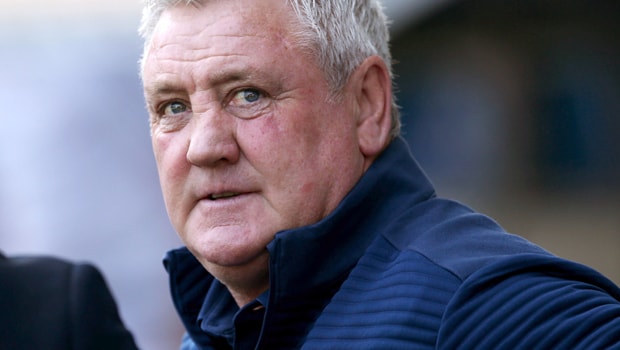 Aston Villa coach Steve Bruce admits he is in the dark over his future at the club following the recent investment at Villa Park.

The Championship outfit were subject of a takeover earlier this week with Egyptian billionaire Nassef Sawiris and American businessman Wes Edens investing significantly, according to chairman Tony Xia.

However, the changes could mean that Steve Bruce leaves just weeks before the start of the new season.

Reports have claimed Thierry Henry could be offered his first club management role but Bruce is working as normal despite the speculation.

He helped Villa record a 4-0 win over Burton on Saturday and told reporters: “I don’t think it’s important about me.

I made myself clear two weeks ago when I said, ‘Look, whatever the state the club is in I think it needs me’.

“The new owners might want to have their own man in. All the indications are that that’s not the case but until I get in front of them we won’t know.

“I don’t think it’s important now to talk about myself. The good thing is that we can move forward.

I hope they give me the opportunity, I really do, but I wouldn’t be surprised if it’s not going to be that way because we’ve seen it many times.

“The new broom always sweeps clean but I hope I’m given the opportunity. I’m waiting for clearance [on a meeting]. It could be Tuesday.

The quicker, the better. It’s a great thing for the club and it’s important the club can move forward.”

Villa start the season on Monday August 6 when they travel to Hull. The Tigers are 2.50 to win, with the draw 3.25, while the Villans are slight outsiders at 2.80.