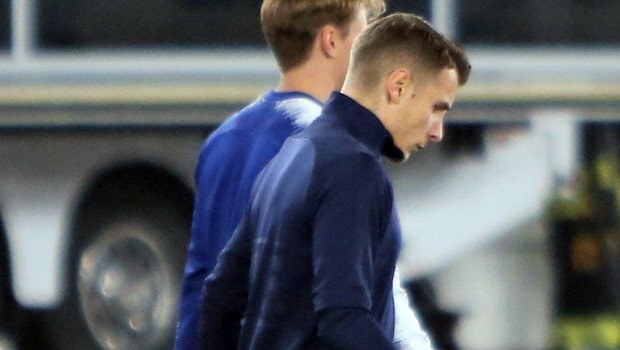 French defender Lucas Digne has stated that Aston Villa manager Steven Gerrard is a big reason behind his move to Villa Park.

Lucas Digne became Villa’s second signing of the January transfer window in a deal around 25 million pounds on Thursday.

Aston Villa secured the services of Brazilian midfielder Philippe Coutinho having signed him on loan from Barcelona. Coutinho and Gerrard played together at Liverpool between 2013 and 2015 before he moved to Barcelona, but the former Rangers manager remained an admirer.

Meanwhile,28-year-old French left-back Lucas Digne fell out of favour at Everton under Rafael Benitez but has now signed a four-and-a-half-year contract.

The defender rues the way his career at Merseyside ended, saying he never expected his Everton career to end the way it did.

Meanwhile, Steven Gerrard stated that the club couldn’t afford to lose the opportunity to bring Digne to the club, considering his quality and pedigree. He stated that signing the player excites him.

Meanwhile, Digne stated that Gerrard was the catalyst for the move to have happened.

“It was the main factor. I came here for the manager, I had a very good meeting with him, and we spoke a couple of times during this month. I feel his desire to win – the attacking football, the possession. I feel it’s what I want and what I want to show to the fans.” Digne said.

In the summer of 2018, Digne moved to Everton from Barcelona in a deal with £18m making 127 appearances with six goals. His last appearance for the Toffees came on the first of December in 2021, with 15 appearances at the Goodison Park this season.

Digne could have moved to any of Chelsea or Newcastle United while a move to Italy was also on the card until Aston Villa won the race.