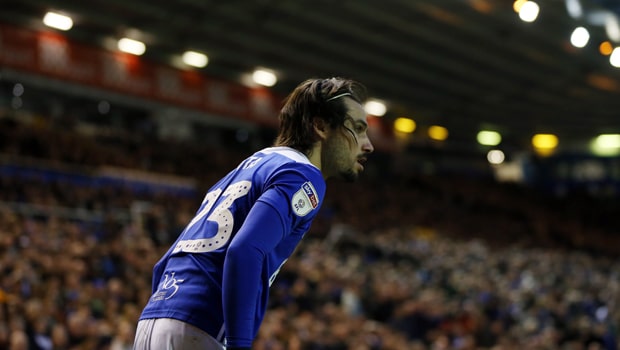 Aston Villa new-boy Jota hopes the Premier League provides him with the perfect platform to showcase his skills.

The 28-year-old Spaniard made the move to Villa Park earlier in the summer from city rivals Birmingham City, with Jota the first of 10 new arrivals so far for the promoted club.

Villa are also closing in on the signing of Marvelous Nakamba after agreeing a fee with Club Brugge, while boss Dean Smith is understood to still be in the market for a new keeper and striker.

Jota has never played in the Premier League before, having spent time at Championship club Brentford before joining the Blues, but he does have experience in La Liga from a loan spell at Eibar and is confident he can impress in the English top flight.

“I was playing some years in the Championship, it’s true that it’s a harder league. More contact and less time with the ball,” he told the Express & Star.

“It’s similar in Spain, in the second division you have less space, and in La Liga games are a bit more open and you can play more with the ball. I am very confident to do a great job.

“I’m very happy with Villa’s team principles, to take the ball, work with it, because that’s my favourite style to play. I feel more comfortable with this because the team always want to play that style.”