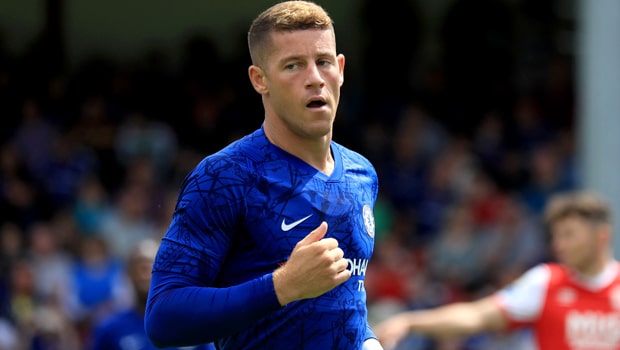 Chelsea midfielder Ross Barkley is convinced his side can still challenge for honours in the season ahead despite losing star man Eden Hazard.

The Stamford Bridge club managed to win the Europa League and claim a top-four finish last season, with Hazard ending the campaign as the top scorer in all competitions with 21 goals. The Belgian forward opted to join Real Madrid over the summer and Chelsea have been unable to add to their squad due to a transfer ban.

England international Barkley admits losing Hazard is a blow but has backed the likes of Christian Pulisic, who joined Chelsea this summer in a deal agreed with Borussia Dortmund in January, and Callum Hudson-Odoi to fill the void.

“We have to fill in, everyone in the squad understands that,” Barkley told the club website. “Eden was a great player, but he is gone and he has new challenges now and we have to replace the goals and create chances, but I am sure we have that much quality in the squad to step up to the plate.

“Last season when Eden was not playing we still won games, we still created chances, we know he is an exceptional player, but we have exceptional players in the squad and we have young players who are going step up and produce the goods as well.

“We have just signed Christian Pulisic and we have Callum coming back from injury, and he is an exceptional talent, and we have wingers who create chances from tight positions. We have players who can shoot from distance and we have young strikers and experienced strikers hungry for goals.”

Chelsea head to Manchester United in the first round of fixtures and they are 3.30 to open their Premier League account with a win. The London outfit are 26.00 to win the Champions League and 10.00 to claim the FA Cup trophy.