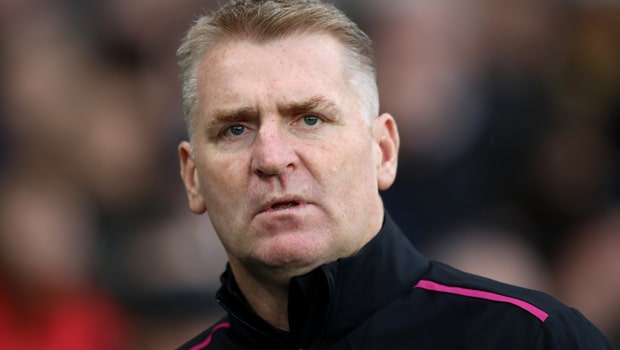 Aston Villa manager Dean Smith is confident his team are now in a position to chase down the top two following their superb Midlands derby win over rivals Birmingham City.

The Villains, 4.75 to finish as the top Midlands club, moved up to eighth in the Championship table on Sunday thanks to their 4-2 success at Villa Park.

Smith’s men are now just four points away from the play-offs after their third win in a row under the former Brentford boss.

Kristian Pedersen pulled a goal back for Blues before the game was settled by Alan Hutton who went on a 60-yard run before producing a neat finish.

Villa endured a poor start to the year under former coach Steve Bruce but Smith insists his team are ready to make their move.

“I always see these games as opportunities and I think the players are now too. We have played some good football at times and look a threat but we just need to tidy up a little,” Smith told Sky Sports.

“Our aim is to get into the top two, that was it at the start and where we are now.

“We’ve won three games on the spin and this group of players know how to win as they did it enough times last season. We just have to keep that belief going.

“Under Steve (Bruce) Villa were good here, not many teams won here, and hopefully that can continue.

It was a fantastic win, we sent a lot of people home happy and I have a lot of family and friends who are Villa fans.”