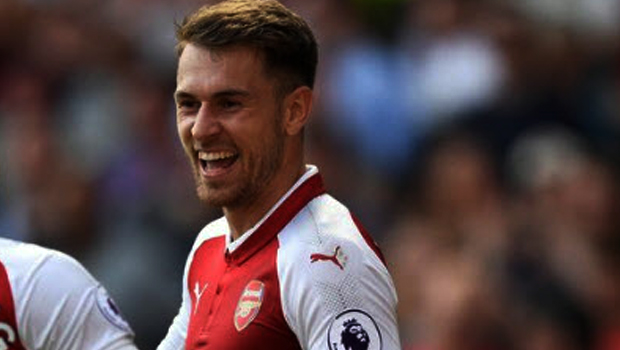 Unai Emery believes Aaron Ramsey will commit himself to Arsenal by signing a new contract.

The Wales international has entered the final 12 months of his current deal and he admitted this week that negotiations are taking place between his agent and the club. The midfielder said he was uncertain how those talks would pan out.

His new boss Emery has made it clear he wants Ramsey to remain at the club.

“Football changes every day. It’s not easy. For that, I am thinking the match today first, then training tomorrow, then the match Saturday, with an important player here,” Emery said.

“Aaron is an important player for us, and the contract is one thing for the club and the player.
For me, I want him to stay with us, to work with us, to give the team the big performance.

“I think he is going to stay here with us.” For his part, Ramsey has said he is happy to leave his representatives to resolve the situation regarding his future.

The 27-year-old has been linked with a potential move to Serie A side Lazio, while any uncertainty over his future at the Emirates Stadium would likely place plenty of the Gunners’ Premier League rivals on alert too.

Emery has also insisted he is still working with chief executive Ivan Gazidis every day on potential transfers, despite media reports he is set to join AC Milan as executive director.

“With Ivan, when arrived here, the first meeting was with him. For me he is a very, very good person and professional, and has very big experience in the football world,” added the former Paris St-Germain boss.

“I don’t know what he is going to do, because I only speak to him about the Arsenal project.”

Arsenal are 3.30 to win their Premier League opener against champions Manchester City on August 12 while the Gunners are 2.88 to return to the top-four this season under their new boss.