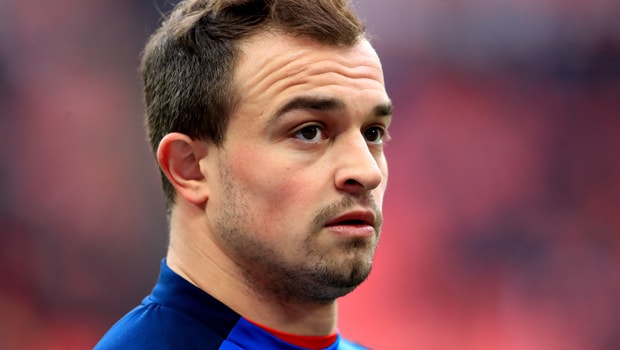 New Liverpool signing Xherdan Shaqiri has lofty ambitions for the club as he is targeting winning the Champions League this season.

The Switzerland international completed his £13.5million move to the Reds from Stoke earlier this month and he trained with his new team-mates for the first time on Wednesday, although he did not feature in their 2-1 victory over Manchester City in the International Champions Cup that followed.

Shaqiri is one of four new arrivals at Anfield this summer, alongside Naby Keita, Fabinho and Alisson, and he believes all the new recruits have the ability to take Liverpool to the next level.

“We have good quality – especially with the new players that have been brought in – they have very good quality,” Shaqiri told Sky Sports.

“I’m looking forward to the new season and I hope we can finally win titles.”

Liverpool made it through to the Champions League final last season before losing to Real Madrid and Shaqiri has experience of winning that competition, achieving the feat with Bayern Munich in 2013.

The 26-year-old is now hoping to repeat that triumph with his new employers, as he knows winning trophies is how successful teams are judged.

“I hope I can repeat that because I know how it feels to win the Champions League,” he added.

Liverpool will certainly be hoping to challenge for the Champions League once again this season, although they will also be aiming for glory on the domestic front and they are priced at 5.00 to win the Premier League.