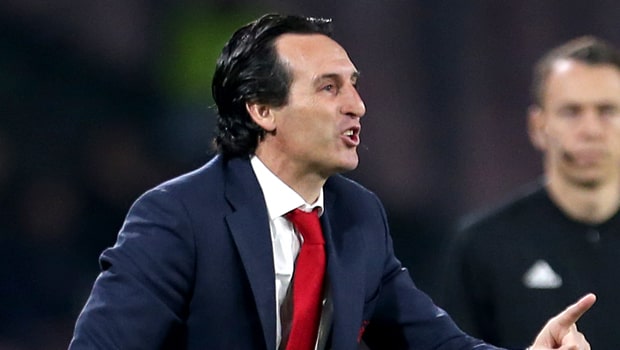 Arsenal boss Unai Emery believes his team need to learn to cope with criticism from their fans as they try to finish the season on a high and qualify for the Champions League.

The Gunners are fifth in the Premier League table but could climb up into fourth on Wednesday night if they pick up three points against Wolves at Molineux.

Emery’s men had won three games in a row before their 3-2 defeat to Crystal Palace and that setback has put more pressure on the north London outfit.

Centre-back Shkodran Mustafi was the target for many fans after his display on Sunday, with the German being booed and also attacked on social media.

Emery is adamant the former Valencia man remains part of his plans but believes his team need to take criticism better from the supporters.

“He needs to improve things tactically, decision-making, but he has good quality and needs quality and my work is to help him,” Emery said. “I am going to say to our supporters, ‘Help our players.’

We need to take the criticism and be strong as players, as a coach, as a team, as a club. We need to improve knowing that.

“Okay, we are receiving criticism after Sunday. It is normal. The players know that. But we here need to be strong and okay we need improve, and need to do this decision we need to take also this tactical approach for tomorrow.

“I say my message. I am going to protect the players and help the players. And all the supporters who love Arsenal club, I prefer to do that.”