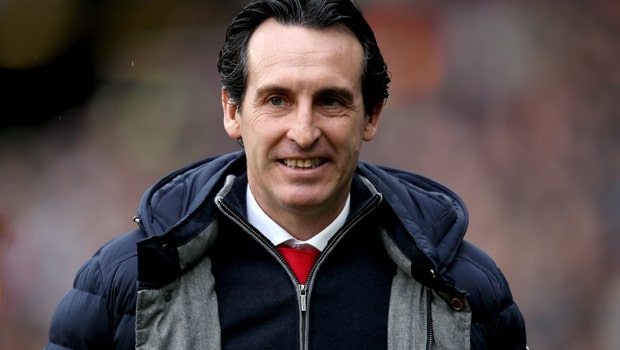 Unai Emery says Arsenal are working to try and bring in a reinforcement this month although he admits January is always a tricky month to get the right calibre of player.

The Gunners are facing a real battle to finish in the top four of the Premier League this season, with the London club sitting fifth in the standings ahead of Saturday’s crucial home clash with Chelsea.

Maurizio Sarri’s men are one place and six points ahead of Arsenal so victory for the Blues at the Emirates would be a hammer blow to Emery’s hopes of finishing in the Champions League places in his debut campaign at the helm.

The former Sevilla and Paris Saint-Germain boss has revealed he is keen to strengthen his squad this month and admitted there have been “primitive” talks over a possible loan deal for Barcelona midfielder Denis Suarez.

However, Emery also spoke of how difficult it can be to get deals over the line and bring in players that will improve the current options at his disposal.

“This transfer window is not easy to take players that can help us with better performances than the players we have now,” he said at a press conference.

“The club is working and I spoke with Sven, with Raul, about different possibilities with players.

“They are working but it is not easy to take players that can help us with big performances now. I think it is more one transfer for something special you need that can help us.

“We are looking, the club is working with the possibility to loan players and if we can take for helping us in a different position on the team, then maybe we can.”

Arsenal, who lost to West Ham 1-0 last time out, are 3.00 to pick up all three points on Saturday.

The draw is priced at 3.50 while Chelsea are the 2.38 favourites to grab the win that would lift them above Tottenham into third.