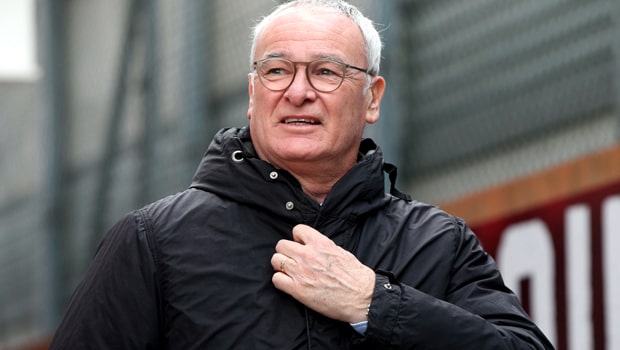 Claudio Ranieri says Fulham simply have to start putting points on the board, irrespective of facing some elite Premier League teams in the coming weeks.

Manchester United are the visitors to Craven Cottage on Saturday lunchtime while Chelsea, Liverpool and Manchester City will follow them to the banks of the Thames.

Fulham are second from bottom in the standings, eight points from safety, with only 13 games remaining to stop themselves from falling back into the Championship after only one season.

While their run of games at home will be tough, Ranieri still feels the Cottagers have a chance – no matter who they face.

“It’s not important the name, it’s important we take points against these big teams,” said the Italian.

“I know it will be very difficult, but I believe in my players and I am very confident with them.

“I have to motivate them, I have to give my positivity to my players. And I hope also our fans at home give us something more to be solid and keep us concentrated until the end.”

Caretaker boss Ole Gunnar Solskjaer has picked up 22 points from a possible 24 since taking over from Jose Mourinho in December, and despite a Champions League last-16 showdown with Paris Saint-Germain looming, Ranieri doesn’t feel there is any danger the Red Devils will take their eye off the ball.

“These big teams are used to playing match by match,” he said.

“Now they are very, very focused on the next match against us, and then after they will think about PSG.

“I think the results [under Solskjaer] speak for themselves. All victories and just one draw. The players changed their mind, they’re more involved and they are fighting together.”

Fulham are 5.25 to overcome Manchester United on Saturday. The visitors are 1.62 to take three points home while the draw is 4.20.