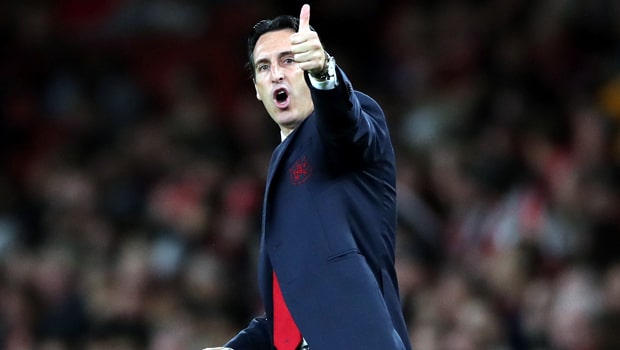 Arsenal manager Unai Emery insists his team are making steady progress as he continues to work with a squad that were “falling” before his arrival.

The former Sevilla coach moved to the Emirates Stadium after being sacked by Paris Saint-Germain.

Emery was quickly snapped up by the Gunners after winning the domestic treble at the Parc des Princes. Wenger ended his 22-year reign at Arsenal at the same time and Emery has had his work cut out since taking over.

He has improved the team’s defensive frailties but they have yet to beat a top-six rival.

Arsenal are now unbeaten in 16 matches under Emery and he admits his team are still a work in progress.

“Before Wenger arrived, Arsenal celebrated the 1-0 wins and were based on defensive solidity,” he told Marca.

“With Arsene, they became an attacking team, with players who were good on the ball, and the perfect combination came with The Invincibles [when an unbeaten Arsenal won the 2003-04 Premier League].

“But with time, you can only take care of technique and attacking freedom, losing your defensive structure.

What I want to do is unite the two and become more competitive. Arsenal were falling. We had to stop that and start to lift them.

“We came to an Arsenal that hadn’t beaten any of the top six and, while we still haven’t done so yet, they also struggled to win away from home at all and we have already improved in that area.

“I told the players: ‘We are starting at ground zero.’ Even now, four months later, I still say we are just at the beginning.”

Emery’s men are next in action on Sunday when they take on Bournemouth at the Vitality Stadium and they are priced at 2.00 to win. The draw is 3.60, while the Cherries are backable at the same price on home soil.