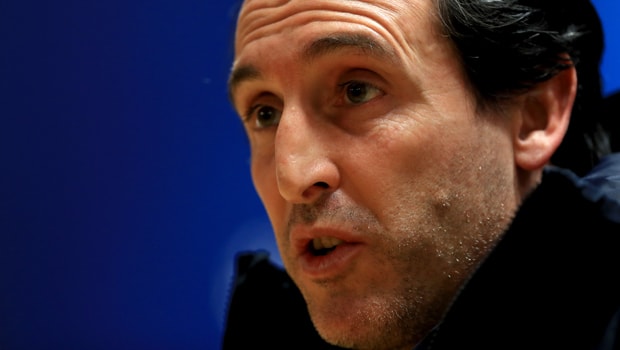 Head coach Unai Emery says Arsenal’s transfer business is completed although he revealed one more player could be brought in if a good opportunity arises.

The Gunners, who finished sixth in the Premier League last season, have been busy during the summer window, having added Stephan Lichtsteiner, Bernd Leno, Sokratis, Lucas Torreira and Matteo Guendouzi to the ranks.

Emery, who was confirmed as Arsene Wenger’s successor on May 23, has been quick to strengthen the problems areas for Arsenal and there is a real sense of optimism ahead of the 2018/19 campaign.

Despite the good work in the summer window, supporters still believe more reinforcements are needed and there have been reports linking the club with moves for Cristian Pavon, Malcom and Ousmane Dembele.

However, Emery says he is happy with the business that has been done so far although he is not closing the door completely on one more signing being made before the window close on August 9.

“Normally, in my career the big clubs don’t close the [door] or the moment to sign a new player,” he said during a press conference at London Colney.

“Today, we are OK. Maybe we can bring in one if there’s a very good possibility for them to help us, but the club has done a great job of signing new players and I am happy.

“We signed the players who we needed and only if one player is a big opportunity for us will we sign them.”

Arsenal, who are 26.00 to win the Premier League title next season, kick off their campaign at home to defending champions Manchester City on August 12 and the hosts are 3.50 to win, a draw is priced at 3.60 whilst the Citizens are 2.00 favourites.