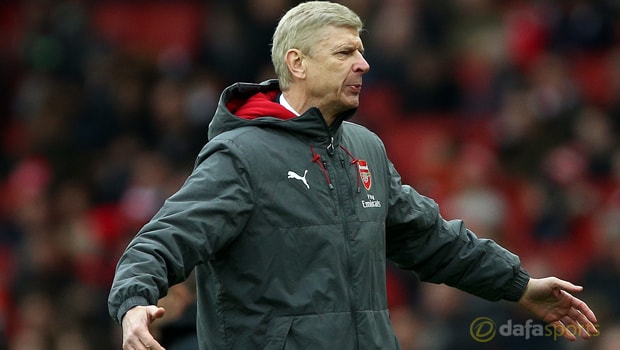 Arsenal assistant boss Steve Bould insists Arsene Wenger remains hungry to win more silverware despite reports claiming he will leave at the end of the season.

The Frenchman is once again under pressure with plenty of the club’s fans wanting him to leave in the summer.

Arsenal’s only chance of a trophy this season is the Europa League, with the Gunners priced at 4.00 to go all the way.

Wenger’s men lost in the EFL Cup final to Manchester City, while they were knocked out of the FA Cup by Nottingham Forest.

Arsenal sit sixth in the Premier League table and are currently 13 points behind fourth-placed Tottenham.

Wenger’s side will take on Stoke this weekend in the league and Bould insists the hunger is still there from Wenger.

When asked if Wenger’s desire to win is as strong as ever, he said: “Absolutely, he’s remarkable.

Behind closed doors I’ve never known someone who’s as hungry and determined to win football games.

“I admire him immensely. He takes unbelievable stick off an awful lot of people and he’s just one of the great managers. It’s a pleasure for me to sit next to him.”

Arsenal may have one eye on the Europa League this weekend as they prepare to take on CSKA Moscow on Thursday.