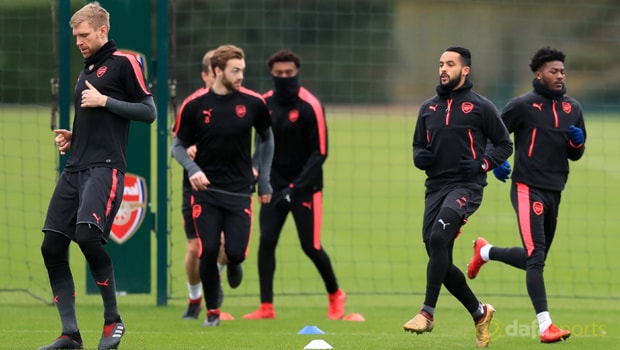 The 43-year-old was part of the ‘Invincibles’ side that won the Premier League title without losing in 2003-04, one of two occasions he received a league winners’ medal during his time at the club.

Arsene Wenger’s men also lifted a pair of FA Cups during Campbell’s spell, while they also reached the final of the Champions League in 2006.

However, having previously packed his side with athletes who could play, Wenger has switched his focus over the last 10 years, instead favouring a possession-based game.

Despite three recent FA Cup wins, Arsenal have fallen short elsewhere and missed out on the Champions League for the first time for two decades last term Thursday sees them close their Europa League group stage campaign when BATE Borisov come to town and the home team are 1.44 to win the game, with the draw 4.75 and the Belarusians 6.50.

Campbell believes winning the competition, just like Manchester United did last term, will provide the Gunners’ best path back to the Champions League, admitting he still believes they are a couple of defenders short of being able to compete for the big prizes.

“They might have to do it the Man United way – win the Europa League. Hopefully they can do that, but it’s not easy.”

“Arsenal are two defenders short of being a top team. They really need to push the boat out and buy a couple more players.”