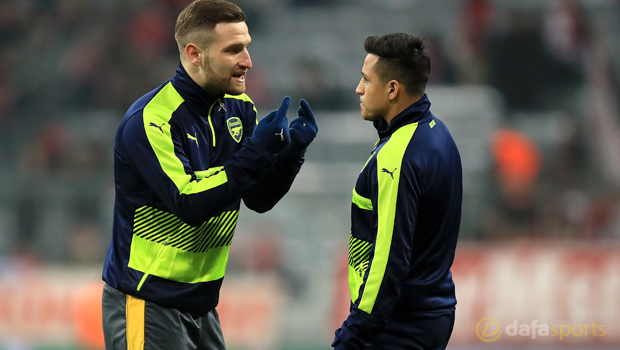 Shkodran Mustafi believes it is vital that Arsenal keep hold of Alexis Sanchez this summer following the recent rumours about his future.

The Chilean is set to enter the final year of his contract at the Emirates and rumours are rife that he is looking for a move away to a team in next season’s Champions League.

Bayern Munich have been tipped to break the bank for his signature, while domestic rivals Chelsea and Manchester City are also monitoring his situation.

Sanchez is currently away with his country at the Confederations Cup and is set to come up against colleague on Thursday when La Roja meet Germany in Kazan.

He is sure to be using all of his skills to try and get away from his domestic team-mate and Mustafi knows what to expect having seen the former Barcelona man in close quarters since joining from Valencia last summer.

The 25-year-old admits he is hopeful that his team-mate will decide to stay, as he believes he is amongst the best players on the planet.

“Of course I hope he stays. It would be a pity to lose him,” he said. “He (Sanchez) can play in any team, clearly… even for Bayern.

“Alexis is an exceptional player – for me one of the best in world football. I have experienced few players who are as hungry as him.

“He is nimble, agile, but despite his size very sturdy, and can dribble past players. Alexis is a complete player.”