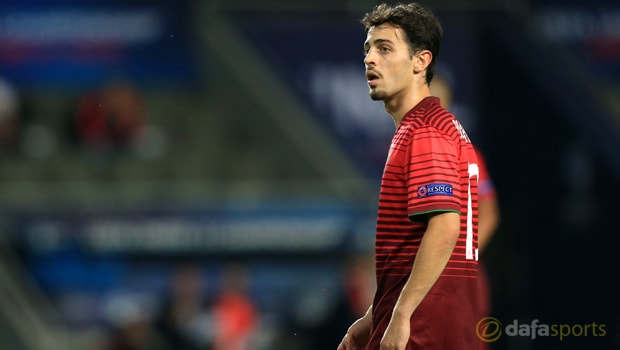 Bernardo Silva believes Wednesday’s 1-0 win over Russia puts his Portugal side in a strong position at the Confederations Cup.

Having been an unused substitute in the opening 2-2 draw with Mexico, the Manchester City new boy was handed the start he craved in Moscow and did not disappoint.

The 22-year-old’s constant pressing and probing meant he was always a threat, but ultimately it was captain Cristiano Ronaldo who was the hero, with his eighth-minute goal making the difference.

Next up is Saturday’s clash with New Zealand in Saint Petersburg and the Selecao know a win will guarantee their passage into the semi-finals.

Silva is again likely to start against the All Whites and will be keen to further cement his place in Fernando Santos’ starting XI.

European champions Portugal are 3.20 to win the tournament in Russia, with Chile second in the betting at 3.40 and Germany 3.60.

After missing out against the Mexicans, the playmaker admitted he was pleased to get his chance on Wednesday.

He is now hoping to kick on and further impress, especially after his starring role in a win he believes leaves his side in an enviable position.

“I was set free,” Silva told FIFA.com. “My coach and my team trusted in me to do what I was able to do at my club (Monaco) last season, so I’m really happy to have helped and I feel good about tonight.

“We really needed the three points and winning tonight put us in a very good position. I feel joy for the whole team and for having helped them win.”