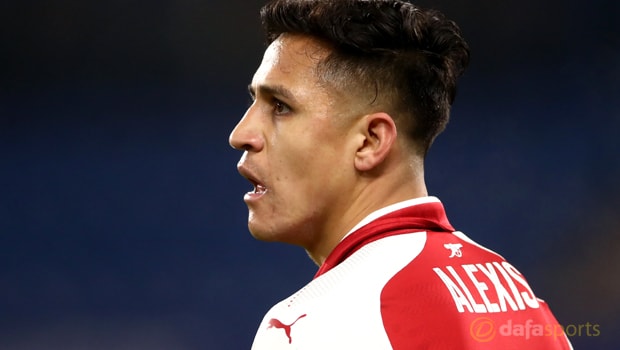 Burnley manger Sean Dyche feels the potential deal that will bring Alexis Sanchez from Arsenal to Manchester United will have a knock-on effect on the entire transfer market.

The 29-year-old Chilean is out of contract at the end of this season and has made no secret of his desire to leave the Emirates.

United have moved into pole position to seal his signature and are prepared to pay Sanchez more than £350,000 per week, something Dyche insists will affect future negotiations between clubs.

“It creates a tougher challenge because every time one of the super powers spends enormous money on a player that drip-feeds down the market,” he said.

“So every player you then phone about has miraculously gone considerably up in value because they’ll say ‘well if he’s worth that our players must be somewhere near as good as that’.

“So where does the next move from us come from? Where’s the next valuation on one of our players or one of our targets?”

He is happy with the backing he gets from the Clarets board but he says they remain a long way off paying any player a six-figure weekly wage.

“It will be a while I think,” he said. “Our chairman certainly backs our team the best the board feel we can.

We’re quite a long way off that but the numbers have jumped the last couple of years, so who knows?”

Burnley are 6.50 to beat United at Turf Moor on Saturday. The sides played out a 2-2 draw last month at Old Trafford, a repeat scoreline is 23.00 while the Red Devils are 1.57 to win.