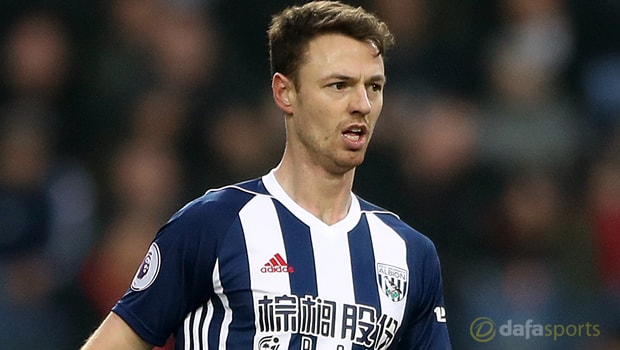 West Brom boss Alan Pardew has revealed the club are yet to receive a bid for Jonny Evans despite the constant speculation surrounding his captain’s future.

Northern Ireland international Evans has been a standout performer since joining the Baggies from Manchester United during the summer of 2015, as he has racked up 81 Premier League appearances for the club, inducing 20 during the current campaign.

The 30-year-old’s impressive displays have led to speculation regarding his future at The Hawthorns, with recent reports suggesting that Manchester City and Arsenal are both interested in signing him during the current transfer window.

The centre-back is believed to be valued at around £23million, but Pardew has now revealed that West Brom are yet to receive any offers for his services.

“From my point of view there is no bid, so there’s nothing to discuss,” Pardew told reporters.

“Jonny hasn’t come and seen me this week, so I’m in the dark a little bit. We haven’t had a phone call from another football club and that’s where it stands.”

Pardew admits if West Brom are to sell their skipper then he wants the deal to be concluded as quickly as possible so he can bring in new recruits to aid the Baggies survival bid.

“On the other hand, we have scenarios that are going to time out if we don’t get a bid for Jonny that’s acceptable for him and us,” the 56-year-old added.

West Brom are currently second-bottom of the Premier League table and they face a trip to Goodison Park this weekend to take on Everton.