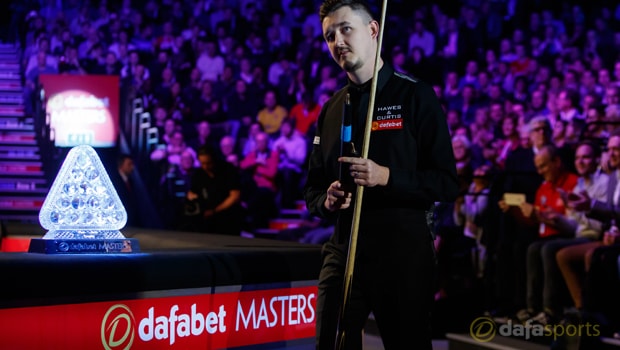 Kyren Wilson remains confident he can win the 2018 Dafabet Masters after he booked his place in the final with a 6-1 thrashing of Mark Williams on Thursday.

The Englishman had never won a match at the Masters heading into this year’s event, but, after seeing off compatriot Barry Hawkins in round one, he made light work of beating two-time champion Williams.

The 26-year-old, who came into the tournament as the 13th seed, will now face either Judd Trump or Shaun Murphy in the semi-finals and he admits he is feeling confident about his chances of winning the title.

“I’m very pleased to get through,” Wilson was quoted as saying by World Snooker.

“I believed from the start that I could win this. I have put in a lot of good performances this season, getting to a couple of finals and scoring heavily. I feel I am improving.”

Wilson’s victory over Williams was a largely tactical affair, as there were no century breaks during the match, but ‘The Warrior’ believes the win showcased some of the different attributes to his game.

He added: “The balls went awkward in a lot of frames but I didn’t miss many balls. I’ve got different attributes to my game, I can score heavily when I need to and then go tactical when I need to.

I made really good clearances to go 4-0 and 5-0 up which were very important.”

Wilson’s only previous ranking event title came at the Shanghai Masters in 2015, but he has reached the final of two events already this season and he is priced at 6.50 to claim overall glory at Alexandra Palace this week.