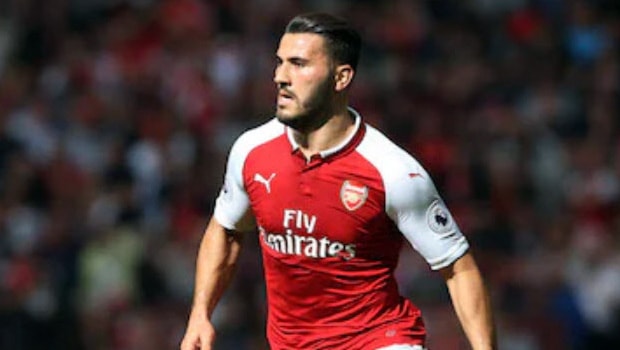 Arsenal left-back Sead Kolasinac has been sent on loan to German Bundesliga side Schalke for the remainder of the season.

Kolasinac has played a single Premier League match this season, joining the North London club from the same side in 2017.

Arsenal manager, Mikel Arteta, has explained that he is keen on trimming his squad in the January transfer window.

“We cannot sustain the numbers we have in certain positions; There are some players that are going to go on loan and going to leave. That is the priority. Then we will see if we have the right opportunity in the positions where we need some more help.” Arteta had said earlier on Thursday.

Kolasanic, 27, won the FA Cup with Arsenal last season and has made 113 appearances for the team.

He has also featured in the League Cup and Europa League this season despite making just one Premier League appearance.

This hardly affected the Gunners’ Europa League campaign, having qualified from a group that had Rapid Wien of Austria, Molde of Norway, and Irish side Dundalk with a 100% Record.

Unfortunately, their Premier League record has been poor, sitting in 13th with 20 points from 16 games.

They have also crashed out of the Carabao Cup, having lost 4-1 to Manchester City in the quarter-finals.

After back to back wins in their last two. Premier League games against Chelsea and Brighton, they are now 6 points away from 5th place.

Arsenal will face West Bromwich Albion on Saturday at the Hawthorns in their next Premier League game.

West Brom is in 19th on the log with 8 points and has already appointed Sam Allardyce as they bid to beat the drop back to the championship.