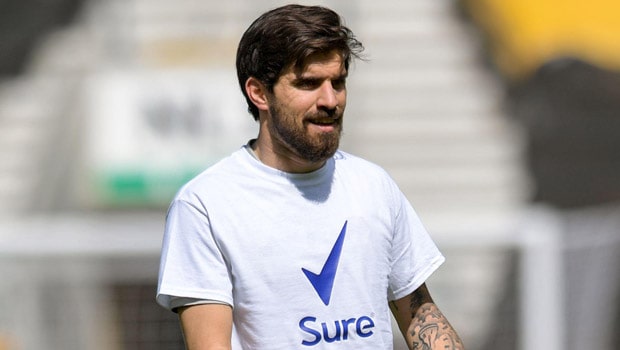 Premier League side Arsenal is looking to sign Wolves midfielder Ruben Neves but a deal with Roma for Swiss midfielder Granit Xhaka is stalling any progress as neither the Gunners nor the Italians have reached an agreement.

Xhaka still has two years left on his Arsenal contract and the Gunners want £20 million ($28m) for the 28-year-old midfielder.

However, Roma is only willing to pay just £15m for the midfielder who has spent five years at the Emirates stadium.

Meanwhile, the midfielder wants to sort the transfer issue before the start of the Euro Championship so that he can face the Euro 2020 with the Switzerland National Team during the summer.

Xhaka played 45 games in all competitions for Arsenal in the just-concluded season as they got to the semifinals of the UEFA Europa League but failed to secure a spot in any European competition for next season after finishing 8th on the log and also ended the season trophyless.

Arsenal wants to sort the deals quickly to able to finalize the deal with Wolves for midfielder Ruben Neves before the start of the new season.

The Portuguese international has two years left on his contract at the Molineux Stadium and the side is asking for a fee in the region of £35m.

However, Tottenham chairman Daniel Levy has said he will only let 27-year-old striker Harry Kane go if he gets a cash deal of 150 million pounds.

Similarly, Chelsea is ready to splash 170 million pounds on Borussia Dortmund’s Norwegian striker Erling Haaland with the possibility of adding Tammy Abraham to the deal.