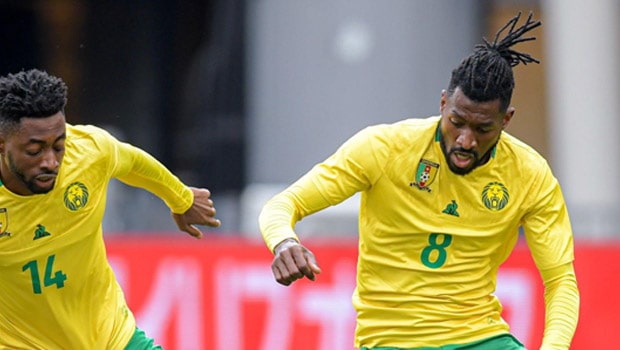 The Super Eagles of Nigeria and the Indomitable Lions of Cameroon played out a drab 0-0 draw in the second leg of their international friendly played at the Stadion Weiner Neustadt, Vienna, Austria on Tuesday.

Both teams had played out a 1-0 win for the Cameroonians last Friday as Fulham Midfielder Andre-Frank Zambo Anguissa hit the winner in the first half.

Nigeria in their last five games won two drew one and lost one with wins against Lesotho and Benin republic in the qualifiers for the 2021 Africa Cup of Nations.

Before the first fixture loss to Cameroon is the first loss for the Super Eagles in five matches since the semi-final loss to Algeria at the 2019 AFCON.

The second fixture also had a similar sequence to the first but despite the three-time AFCON Champions, Nigeria, dominating the first half, it was the Cameroonians who went closest to breaking the deadlock.

The West Africans, Nigeria, will face Mexico next on the 4th of July in another international friendly before facing FIFA World Cup qualifiers against Liberia, Cape Verde, and the Central Africa Republic.

In other international friendlies, Zambia and Benin republic played out a 2-2 draw. Armenia Bielefeld midfielder Cebio Soukou girls depending on the lead and into the game but Salulani Phiri equalized for design behinds 3 minutes later in the 15th minute of the game and then they took the lead through Mwape Tandi on the dot of halftime.

The Zambians, who lost to Senegal 3-1 in their previous international friendly game were denied a win when, 10 minutes from time, the Benin republic equalized through Yohan Roche.

Also, the Africa Cup of Nations debutants the Gambia defeated Togo by a lone goal in an international friendly.