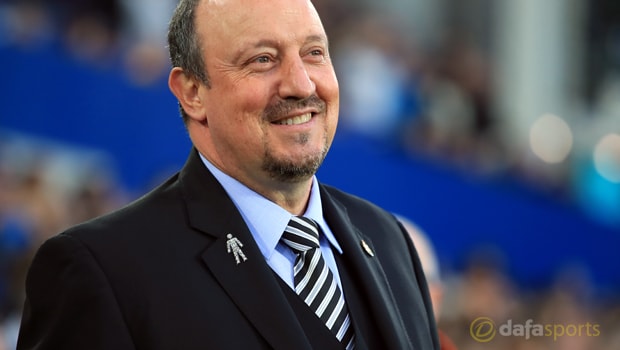 Former Arsenal midfielder Ray Parlour believes Newcastle United manager Rafael Benitez should be considered as a candidate to replace Arsene Wenger at the Emirates this summer.

French tactician Wenger recently revealed he would be leaving the club at the end of the season, a year earlier than expected, and the search is now on for a replacement.

Several names have already been linked with the position, with the likes of former Barcelona boss Luis Enrique, ex-Bayern Munich chief Carlo Ancelotti and Manchester City assistant coach Mikel Arteta all in the mix.

One person that has not been mentioned is Benitez and that is strange to say based on what he has managed to achieve with last season’s Championship winners Newcastle this season.

The Spaniard has guided the Magpies to Premier League safety with a limited budget and the club look to be in a solid place to build for the future, as long as owner Mike Ashley provides more funds.

Parlour, who played for Arsenal from 1992-2004, believes Benitez would be a fantastic appointment for the Gunners although he remains unsure what the club is looking for. “What he’s done for Newcastle this year has been amazing,” he told talkSPORT.

“With not a lot of investment, he’s got his team playing so well. They’re out of trouble. They looked like they would be in a relegation battle.

“Now they’re sitting really healthy in the league, mid-table, so he would be a great fit, but [we don’t know] whether they want to go down that road.”

Arsenal return to action on Thursday when they welcome Atletico Madrid to the Emirates for the Europa League semi-final first leg and the hosts are marginal favourites at 2.50 to win, a draw is priced at 3.10 whilst the visitors are a 2.80 chance.