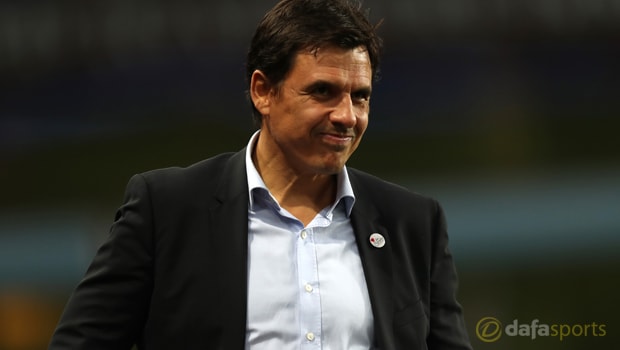 Chris Coleman praised the team spirit of his new Sunderland squad despite suffering a 2-1 loss at Aston Villa in his first game in charge.

Coleman left his post as Wales boss to take charge of the Championship strugglers to end a seven-year absence from English club football.

Having watched his new troops go down battling at Villa Park, Coleman admitted it was “a bit doom and gloom” around the club right now before vowing that only he and his players can change the mood.

Albert Adomah turned in a cross from Robert Snodgrass early on and Josh Onomah’s deflected 20-yard strike made it 2-0 to the hosts not long after half-time at Villa.

Lewis Grabban’s goal made it a nervy finish for the hosts but Villa held on for the win. Coleman was appointed on Sunday and he made five changes to the team that drew 2-2 draw with Millwall a day earlier.

Lee Cattermole was suspended while Marc Wilson, Duncan Watmore and Jonny Williams all picked up knocks in that game, ensuring the majority of Coleman’s changes were enforced.

With a raft of first-team players injured and the Black Cats having endured 20 straight winless home games at the Stadium of Light, Coleman knows he’s facing a tough task.

“It’s a bit doom and gloom at our place at the moment, bottom and with 10 first-team players unavailable,” he told the press after the Villa Park loss.

“No excuses, we’re bottom of the league and sometimes that happens, you have bad news after bad news.

“It’s only us who are going to get out of it, by hook or by crook.

Overall, they had a go and at 2-0 down they could have melted and they never did.

“In these moments this is where team spirit comes from. It’s only us who can fight the fight, no one is going to come and help us.”

Sunderland are 2.50 to win at Burton Albion on Saturday while the Black Cats are currently 6.00 to finish bottom of the Championship this season.