Mesut Ozil Willing To See Out Contract At Arsenal 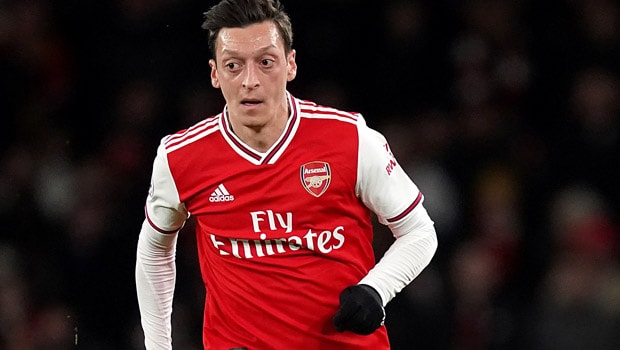 Arsenal’s German midfielder Mesut Ozil has stated that he will be at the club till his contract expires in June 2021, pouring cold waters to several transfer speculations surrounding the World Cup winner.

The midfielder’s last game for the Gunners was on the 7th of March in the team’s victory over London rivals West Ham at the Emirates Stadium.

Ozil, 31-year-old hasn’t featured since football resumed in June and coach of the FA Cup Champions Mikel Arteta claims his absence has been purely on football reasons.

While the player revealed that it has been difficult not playing, he clearly stated that he has his own destiny in his hand and that only he can decide when he will leave.

“Things have been difficult, but I love Arsenal, I’ll decide when I go, not other people. I’ll give everything I have for this club, Situations like these will never break me; they only make me stronger. I showed in the past that I could come back into the team, and I will show it again.” Ozil said.

Ozil moved to Arsenal from Real Madrid in 2013 in a deal worth £42.4m and has had a rough time under previous managers, including Unai Emery but his return to the team under Freddie Ljungberg.

The first days of manager Mikel Arteta bode well for the German as he started in Ten matches in the Premier League for the Gunners before the league was suspended due to the coronavirus.

However, he hasn’t featured since the resumption of League matches.

Meanwhile, the FA Cup will have no replays in the 2020-2021 season in order to reduce the pressure of the footballing calendar.

The extra-preliminary rounds will start on the 1st of September and the final on the 15th of May at the Wembley Stadium.