Mesut Ozil in negotiations with MLS side DC United 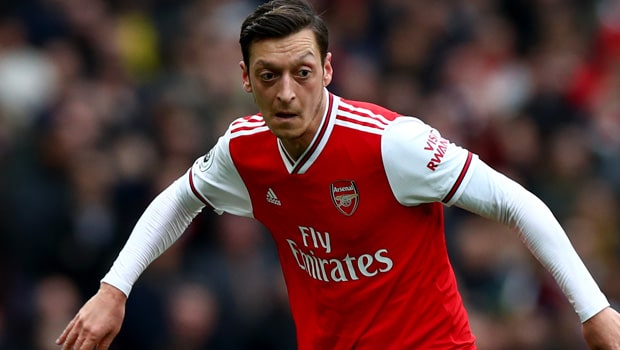 Arsenal midfielder, Mesut Ozil could move to the Major League Soccer in the USA after reports indicate that the former German international is in talks with DC United.

Ozil has not played for Arsenal this season as he was left of the Europa League squad by manager Mikel Arteta.

He hasn’t featured in the league, and his last competitive game come in March and has been training away from the team.

It is understood that the MLS side is offering the 32-year-old an ‘attractive’ package. The package includes expanding the player’s brand in America, and he will be made the face of the club.

Ozil’s absence from The Gunners team is being touted as one of the reasons for the struggle of Mikel Arteta side in the Premier League this season.

In the Premier League, Arsenal has won 7 lost eight and drawn 2 out of their 17 matches played so far, gathering 20 points and sitting in the 11th position.

In the Europa League Arsenal have fared better having won all their six group matches in the group which had Molde from Norway, Dundalk of Ireland and Rapid Vienna of Austria.

They qualified for the next round of the competition where they will face Portuguese side Benfica.

Meanwhile, Arsenal has also loaned out William Saliba to Nice in the French League, and the French Defender has gone straight to the team’s main squad for the rest of the season.

The Gunners have also been rumoured to be linked with former Chelsea striker Diego Costa who just recently terminated his contract with La Liga side Atletico Madrid.

Diego Costa is also said to be on the radar of a fellow Premier League side Wolves.

Arsenal’s next game is against Newcastle in the FA Cup on Saturday 9th of January 2021.