Mesut Ozil fit for Spurs and not for sale 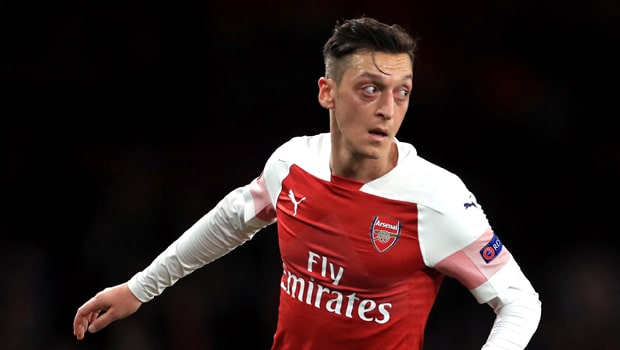 Unai Emery says Mesut Ozil should be available for Sunday’s north London derby against Tottenham at the Emirates, while the playmaker isn’t going to be leaving Arsenal any time soon.

The World Cup winner has been touted for a move before the European transfer window closes on Monday. Emery admits there could be some exits from Arsenal, but Ozil – yet to feature this season – isn’t amongst those being considered.

“This week he is training well, he is doing better physically. He will be closer and is going to be available for Sunday I think,” Emery said.

“We finish the transfer window here and in Europe it finishes Monday. We cannot sign another player but we have some players with the possibility to leave in this four days.

The club is working, some players know their situation, my focus and the team’s focus is to prepare for Sunday,” he added. “We are not speaking about the possibility of Mesut to leave.”

Emery meanwhile insists the north London derby is the ‘best match in the world for football supporters’ this weekend. Having experienced a thrilling 4-2 home win last season against Mauricio Pochettino’s outfit, the Gunners boss anticipates another exciting affair.

“Every time is a good time to play against them with our supporters. Maybe this match on Sunday is the best match in the world for all football supporters,” said Emery. “We can remember some positives and some less positive from each derby match. Overall I want to create a new derby, a new match, a new moment for us.

“We want to have a special day with our supporters at our home.” Arsenal are 2.40 favourites for Sunday’s game, with Spurs 2.88 and the Emirates draw 3.60.