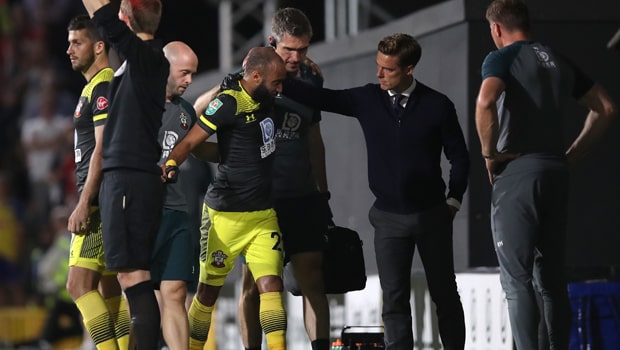 Scott Parker believes it is important Fulham gain a positive result against Cardiff on Friday to take into the international break.

The Cottagers will head into the fixture sitting fifth in the Championship standings, but they have lost their last two games, going down 2-1 at home to Nottingham Forest in the league last weekend before losing 1-0 to Southampton in the Carabao Cup on Tuesday.

Those defeats place even greater importance on Friday’s trip to the Cardiff City Stadium and Parker feels it is imperative they record a positive result ahead of the first international break of the new season. “It’s a big game for us,” Parker said at his pre-match press conference.

“There’s a long international break coming up and really you want to be going into that break with a positive result. “We’ve prepared this week, with a quick turnaround in games, and we’re going to go to Cardiff and try and put in a really good performance, and hopefully we can get something out of the game.”

A victory in south Wales would, temporarily at least, move Fulham within a point of league leaders Leeds, but Parker is expecting a tough test against Cardiff, who were relegated from the Premier League alongside the Cottagers last season.

“They’re a strong outfit with a manager in Neil [Warnock] who knows the league, knows his team, knows how to set up,” the 38-year-old added. “I think we all realise that Friday night away at their place is going to be a very, very tough game for us, there’s no denying that.”

Fulham have only lost one of their last nine meetings with the Bluebirds, although that was on their most recent visit to the Welsh capital last season. Parker’s side are priced at 2.60 to secure all three points on Friday, while Cardiff are available at 2.70 and the draw is on offer at 3.40.