Eddie Pepperell determined to kick on 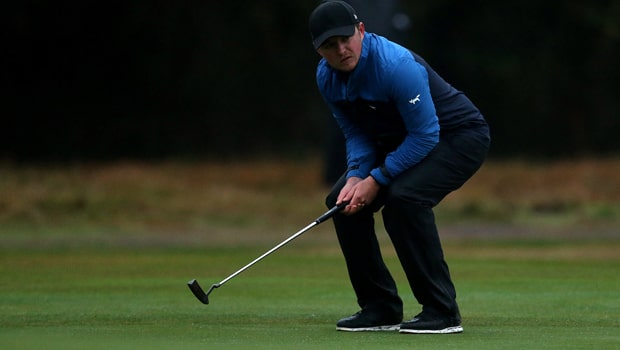 England’s Eddie Pepperell admits he cannot wait to test himself in the big events in 2019 after he won the British Masters on Sunday.

The 27-year-old won his second tournament on the European Tour after a spirited display during the final round in tough conditions.

The fans’ favourite started the day with a three-shot lead but that was reduced to one on several occasions at Walton Heath.

He managed to dig deep and hang on, eventually winning by two shots with playing-partner Alexander Bjork finishing in second.

The win now moves Pepperrell towards the top 35 in the world rankings and he admits he wants to push on in America in 2019.

“It’s so difficult out there, but I guess it was a good thing, not being a birdie-fest,” he told reporters.

“It was just a pure grind from the get-go, and I didn’t play very well, so it shows how important it is to build a lead I think. It was just a case of hanging in all day, really.

I didn’t expect the weather to be quite so miserable, but I’m thrilled to be stood here with the trophy, especially with Justin hosting on such a beautiful course.

“It’s going to be a great opportunity for me to go out there obviously to America and play a few more majors and WGCs obviously. I haven’t got my head around that, but I intend to.”