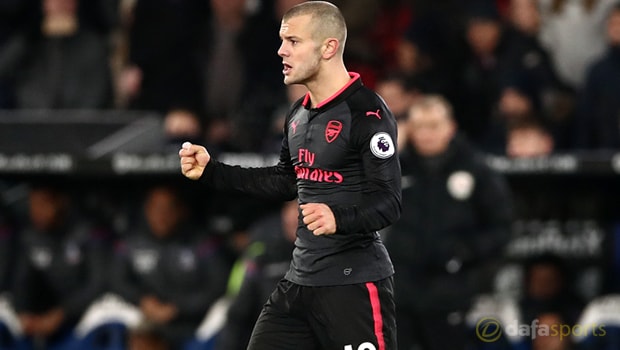 Jack Wilshere expects to sign a new contract with Arsenal soon after re-establishing himself in the first team at the Emirates Stadium.

The England international is out of contract at the end of the season and his future had appeared to be in doubt following a loan spell at Bournemouth last season and then his failure to break into the first team during the opening months of the current campaign.

However, the 25-year-old has started Arsenal’s last four Premier League matches, including Thursday’s 3-2 victory at Crystal Palace, and has previously expressed his desire to remain with the north London outfit.

Boss Arsene Wenger recently suggested negotiations over a new contract were dependent on Wilshere settling on financial terms and the midfielder has now confirmed he expects a deal to be struck soon.

Responding to Wenger’s latest remarks, Wilshere told Sky Sports: “I spoke to the boss and he said he will speak to me.

We’ll see when he speaks to me and I’m sure it will get done.”

Wilshere’s form has been impressive following his return to the team and he confirmed he is happy to be playing on a consistent basis following his well-documented injury problems over recent years.

Asked if he is back to his best, Wilshere said: “It’s difficult to say.

I was happy with my form last year, I’m probably better now. I feel better, fitter. I’m getting better each game.”

Wilshere will be hoping to earn another start when Arsenal travel to the Hawthorns to take on struggling West Brom on Sunday.