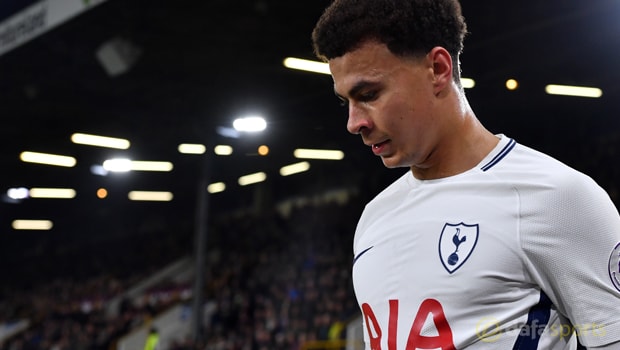 Dele Alli admits he has struggled to hit top form with Tottenham this season following his sensational first two years with the club.

Alli has emerged as one of the hottest prospects in the Premier League after joining Spurs from MK Dons in 2015, netting 28 Premier League goals for the club.

Things have not gone so smoothly for the 21-year-old this season although he has shown signs he is returning to form as he has picked up four assists and a goal in his last two appearances.

The England international has now acknowledged he has not been at his consistent best so far this term but insists a slight dip was inevitable given his age.

“My form is not really something I think about too much but it’s always nice to prove people wrong,” Alli told the Daily Mail.

“At 21 years of age, when you set your standards as high as I did in the last two years, it’s not always the case that you’re going to be able to reach them all the time.”

Alli insists he is his own biggest critic and he is not concerned by other people’s opinions regarding his form.

He added: “Some people think if you’re not scoring or assisting then you’re playing badly but I criticise myself all the time.

I always think I can do better, I can do more for the team, so it’s just about working on myself and my own game.” The midfielder will be hoping to produce a positive display at struggling Swansea on Tuesday.

Tottenham are priced at 1.25 to emerge from south Wales with all three points while the Swans are available at 12.00 and the draw is on offer at 6.00.